Bacary Sagna left Arsenal for Manchester City in 2014 in mysterious circumstances. The decision didn't go down well with the club faithful, as they lambasted his decision to trade Arsenal for another team in England. He was booed every time his city side visited the Emirates in the three years he spent at City. 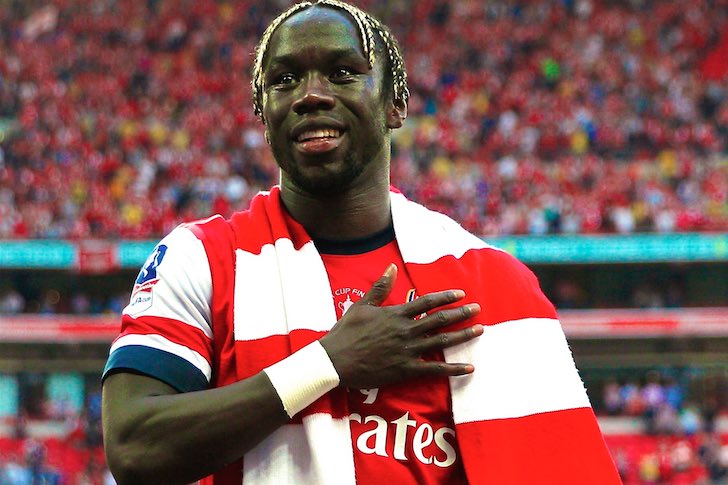 Bacary Sagna went on to make 86 appearances for the Manchester side while adding a league cup to his name. Sagna's last appearance for Arsenal was in the Fa Cup final, which Arsenal won 3*2. It was the only trophy he won in seven years at the club. Rumors then were that he left Arsenal for financial reasons, after failing to reach an agreement with the club for an extension.

In a recent interview, the French man finally details the reason why he left Arsenal as a free agent in 2014. According to the player, he left because he didn't feel like he was wanted anymore at the club. He said "You really want to feel the love. I truly gave my best for the club even when I wasn't mentally there due to personal circumstances. People criticize me today saying I left for money, but I stayed at the club six years on the same contract, and if you ask Arsene Wenger not even once did I ask for more money. I really played with my heart so when I came back to the club and people started booing me it hurt".

For those that saw Bacary Sagna play at Arsenal, one can't argue that he didn't give his all for the club. In his first season at the club, the club actually had a title charge before ending the season in 3rd place. These days Sagna spends his time following Arsenal games, with the Frenchman often celebrating major wins at the club.