BacarySagna was one of the best right-backs in the Premier League during his time at Arsenal. He was a Gunner for a period of seven years between 2007 and 2014.
Sagna featured for the French national team for the first time at the u-21 level. He was part of the France squad to the 2006 edition of the European u-21 Championship. France topped Group A at the tournament before they were eliminated in the semifinals by the Netherlands after extra time. 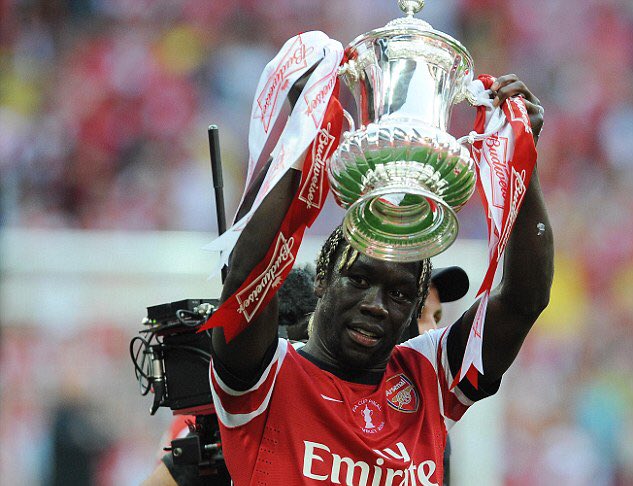 BacarySagna could have turned out for the Senegalese national team. According to him, he wanted to play for Senegal at the age of 17 but the country's football officials didn't reply. The fullback was contacted when he became a regular at French club Auxerre. Sagna had a game with the French u-21 team on the day he was contacted by Senegal officials and he had to make a decision. In the end, he opted for France.

Sagna played his first game for France's senior team in a friendly game against Slovakia. He came on for the final half an hour in the place of Francois Clerc as his team ran out 1-0 winners. His first game for France competitively came in the 6-0 win over the Faroe Islands on October 13, 2007. He played the whole duration of the encounter which was a qualifier ahead of the Euro 2008 tournament. Sagna featured in the Euro 2008 qualifiers once in the colours of Les Blues and he was not part of the team to the tournament proper due to the injury sustained while playing for Arsenal against Chelsea in the London Derby in the Premier League in March 2008.

In total, BacarySagna finished his France senior national team career with 65 caps and no goal. He was in the team for nine years until 2016.