BacarySagna scored once in 13 appearances for the French u-21 team over the course of a two-year period from 2004 to 2006. Sagna was part of the French squad to the 2006 edition of the UEFA European u-21 Championship. 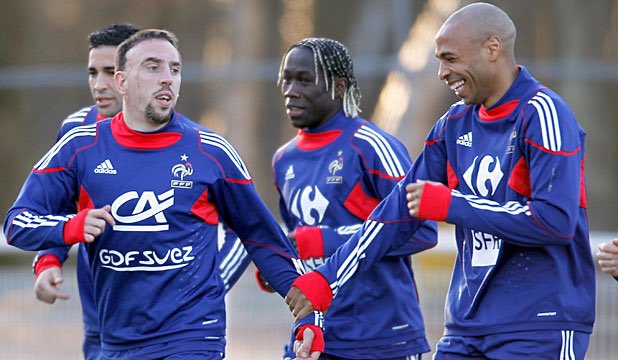 Sagna had the chance of playing for Senegal, but he opted for France. According to him, he was contacted by Senegalese football officials when he started playing at French club Auxerre, but it was on the same day he had a game for the French u-21 team so he had to make a choice. BacarySagna had to choose either Senegal or France and he went on to pick France over Senegal. He had earlier wanted to play for Senegal at the age of 17, but the country's football officials didn't reply him.

BacarySagna was given his first call-up to the French senior national team on August 22, 2007 ahead of the international friendly match with Slovakia. He came on for his debut as a second half substitute for Francois Clerc for the final half hour. His competitive debut came during the 6-0 away win over the Faroe Islands in what was a qualifying game for the Euro 2008 tournament. He was on for the whole game as France hit their hosts for six without any reply and it turned out to be his only game in the qualifying campaign for Euro 2008. Sagna would miss out on the Euro 2008 tournament as he was still recuperating from the injury sustained from the Premier League London Derby clash between Arsenal and Chelsea in March 2008.

Sagna made his return to the French senior team fold ahead of the international friendly clash with Sweden in August 2008. He played the whole game in a 3-2 away win over Sweden.

BacarySagna represented France at the 2010 FIFA World Cup tournament in South Africa and was part of the disastrous campaign that saw them crash out at the group stage. He missed out on the Euro 2012 tournament as a result of injury. Sagna made a total of 65 appearances over a nine-year period between 2007 and 2016.